Can Coconut Oil Actually Kill You?

Can Coconut Oil Actually Kill You? 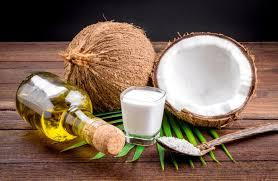 Coconut oil has recently come under attack by none other than the American Heart Association.

The American Heart Association has warned us to avoid it in order to reduce the risk of heart disease.  They go further to and tell us to replace coconut oil with vegetable oil!  Now why would they tell us to make this switch when vegetable oil has been proven promote excessive inflammation within our bodies, which itself is a well known cause of cardiovascular disease?  Also why is it that the four studies they reference were all quite old: done  in the 1960’s and, ironically, all have been discredited by means of performance bias.  The answer becomes clear when we follow the money!  Although the AHA sounds altruistic, the reality is they get their funding from major players in the food industry and therefore it should come as no surprise that all of their major recommendations support the very industries that provide their funding.  Case in point: We subside canola crops which surprise surprise is the grain used to make canola oil, which is called vegetable oil, btw, vegetables are healthy so vegetable oil must be right..wrong, canola is a grain.  Now guess who is on the AHA’s nutrition advisory panel?  Hmmm the US Canola Association and the CanolaInfo board.  Interesting.  Do you know who is NOT on the AHA’s nutrition advisory panel?  That is right, no major supplier of coconuts. In fact all major producers are found outside of the US.  Here is another interesting side note; listen to some of the other members of the AHA’s Nutrition Advisory Panel: Pepsicola…

Now for a little more information about the benefits of coconut oil, I will turn to a fellow expert in nutrition Dr. Robert Silverman.  If that name sounds familiar, he was our guest on episode 007.  The following is an article written by Dr. Silverman which can be found under the Free Articles tab of functional medicine university.com

“The recent headlines about coconut oil say that because it’s higher in saturated fat than beef or lard, it’s bad for you. “You’ll drastically increase the chances of cardiovascular disease if you eat it because saturated fat raises cholesterol, which leads to heart disease and mortality.” That kind of warning comes from the American Heart Association (AHA)—a powerful organization that continues to promote the mythical direct link between saturated fat and heart disease.

We know from the research that saturated fat can in fact raise your cholesterol. However, it raises it in a good way. Evidence has shown if your LDL cholesterol contains a lot of small, dense particles and you also have high triglycerides, then you’re setting the stage for heart disease. Those small, dense particles come from a diet that’s high in carbs and low in fat. Reduce your carbohydrate consumption and increase the good quality fats, your cholesterol particle ratio of bad to good will almost certainly improve.

However, if your LDL cholesterol is mostly made up of large, fluffy particles and your triglycerides are low, your risk of heart disease is much lower.

What makes the difference between dangerous small, dense LDL particles and safer LDL isn’t the amount of saturated fat you eat. In fact, study after study shows that your fat and cholesterol intake have almost no impact on your blood cholesterol. It’s the amount of sugar. The AHA estimates that the average person eats 20 teaspoons of sugar a day. Sugar raises your LDL cholesterol, lowers your HDL cholesterol, and increases your triglycerides. It has been shown to increase insulin resistance and trigger inflammation. In fact, an important study in JAMA Internal Medicine in 2014 proved conclusively that high sugar consumption is closely linked to death from heart disease—and that link is far closer than it is for cholesterol, smoking, hypertension, or any other risk factors. That is the statistic– about the dangers to your heart and your health–is where the real headline scare should be.

There’s no need to avoid saturated fat as long as it comes from a healthy, plant-based source. Coconut oil is definitely preferable to cheap, highly processed vegetable oils that have had their nutrients stripped away. Coconut oil has other health benefits as well. The main fatty acid in coconut oil is lauric acid, which has well-known antibiotic, anti-microbial, and anti-viral benefits.

So go ahead. Use coconut oil in your cooking.”

So there you have it folks, as Dr. Silverman wrote, go ahead and use coconut oil and before you follow any advice from a national organization, take some time do a little research and look for conflicts of interest that will shed some light on weather to ignore or heed said advice.

For more information please see our show notes page at www.backtohealthchiopracticpodcast.com.  There you will see links to some of the supplements that I have had the most success with, both the bile salt containing supplement and the liver supporting supplements.  Please subscribe to the podcast so that you will not miss any future episodes, also kindly rate and review us on iTunes.  Feedback: you also reach us on the contact us page at our website, if there are any topics you would like us to tackle, let me know and I will do my best to get to them in a future episode.  Lastly, thank you very much for listening and have a fantastic day!